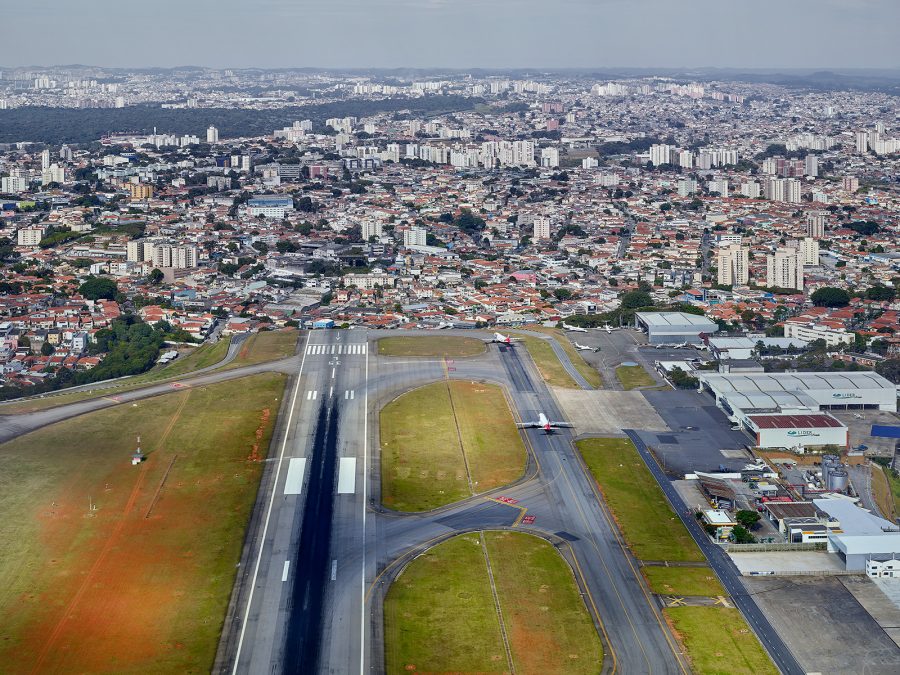 A runway with a dead end. São Paulo has been expanding so rapidly that it has blocked the growth of one of the city’s four airports. The Congonhas–Deputado Freitas Nobre Airport was originally constructed in 1936 outside of São Paulo’s urban area. Today, the surrounding buildings almost absorb the hub. Unavoidable accidents and noise pollution from one of Brazil’s busiest airports has forced it to limit itself to domestic flights with a restricted number of landing slots and operating times. Wilschut’s work focuses on the clash that occurs when these two distinct sites merge, reflecting on the evolution of megacities at large.