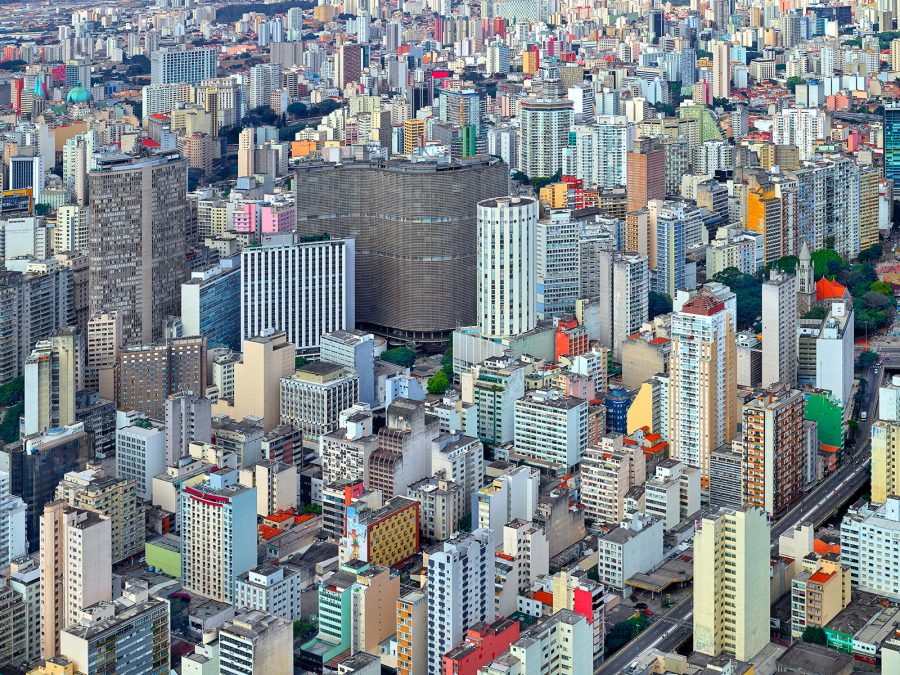 In the packed streets of São Paulo, even a giant can become lost. The Copan — a building so colossal it has its own postal index — paradoxically can never be seen, at least not in its entirety. This structure of curving concrete was brought to life by Oscar Niemeyer in 1966. Intended to be one of Brazil’s largest residential areas, it instead ended up as its largest squat. The former “ocupado” has gone through another transformation, back to its legal use today. Densely surrounded by other constructions, the building’s full shape can only be experienced in fragments. In Context, Hans Wilschut addresses the problematics of the city’s perception and planning, and highlights how distance and perspective play a role in it. The iconic Copan is destined to be perceived either in parts, or as a part: an architectural form amongst others.