Reconstruction Of A Memory 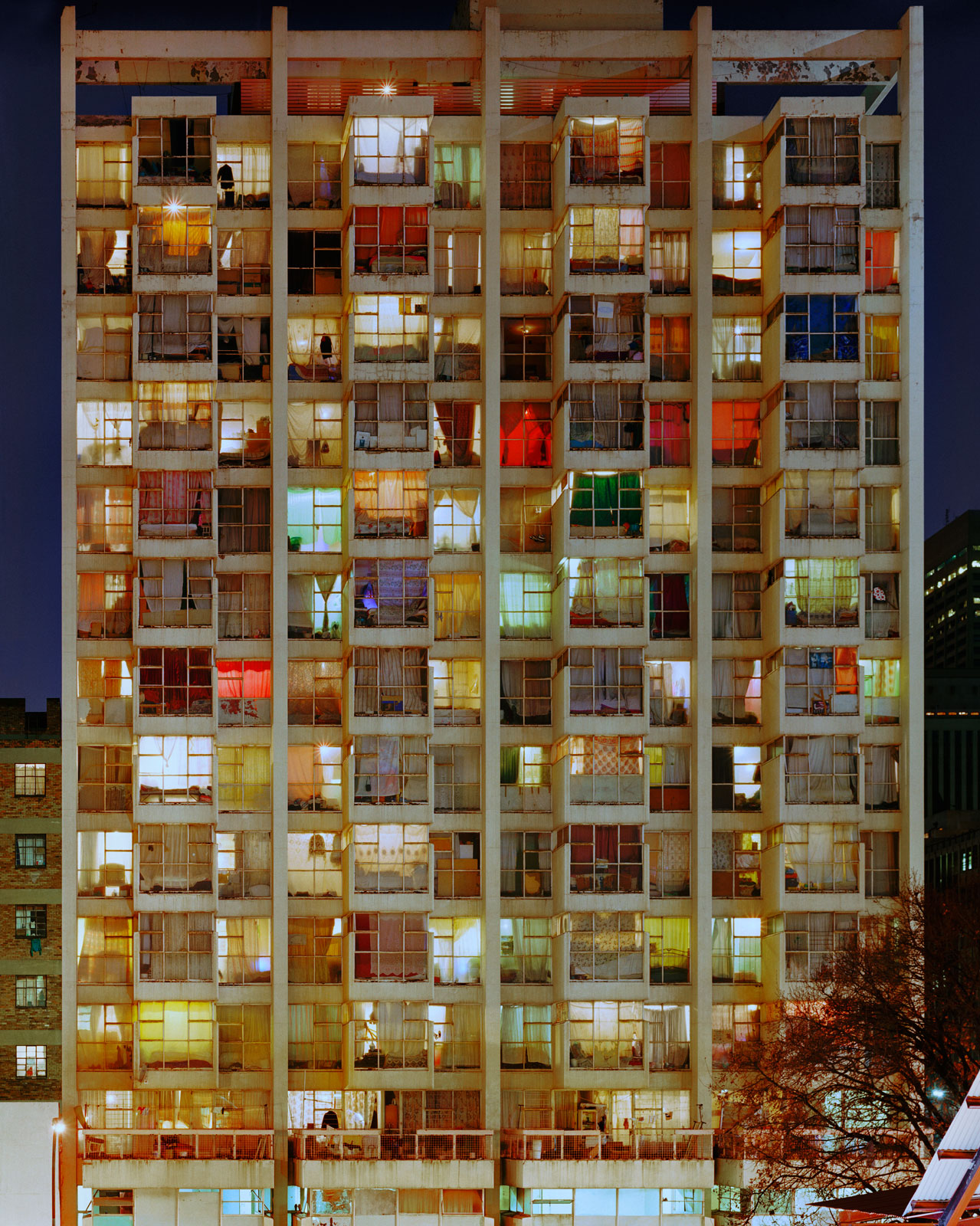 “Let’s see where those shoes are at….”. Hans Wilschut sits in front of the big screen of his Apple computer. He shows a photograph of an apartment building in Johannesburg. It is a picture he shot after dusk. The lights are on in almost every apartment. Because of the division of the windows and different colours of light, the facade almost seems a stained window in a church. But if you continue to look, you see that the white concrete is covered in rusty patches. Some windowsills are broken, glass is closed off with lots of imagination and many curtains are crooked or only cover the window partly. It is clear that this apartment building does not stand in a fancy area of Johannesburg although the architecture resembles the modernistic edifices from the days of Le Corbusier. It makes the photograph more exciting because there is more to it than the mere registration of a type of building which is generally thought to be beautiful. This photograph shows how intensely this building is inhabited, without showing any people.

After he has zoomed in on his screen, checking different parts of the photograph, Wilschut finds the shoes. He has to laugh because these shoes give him even more reason to imagine the inhabitants. They make that particular window slightly more personal than all the others. I think it is quite special to discover that all those big photographs of big buildings in big cities, for him all hold stories of people. Although those people are not or barely visible in his work. The traces and tracks tell the story, like ‘circumstantial evidence’ in a police series. With some detective work, you become more and more involved as beholder, and it becomes possible to assume what happens behind the facades.

Wilschut claims that photography is not honest per se. The photographer always chooses a perspective and the light. It is an unavoidable distortion of reality. When you look through a lens of a camera, your view is different than looking at the world without a lens. Wilschut considers it his task to capture in images what he finds on a given moment, what fascinates him. Capturing that single image and that single moment can take hours sometimes. He shows me a photograph of a partly demolished apartment building in Lagos. It takes him a week to find the ideal perspective to photograph the building the way he wants. Weather conditions prevent him from making the shot as he sees it. Three months later, he returns to Lagos and after a week of bizarre negotiations, he succeeds in making the right photograph.

On other locations, light can be so determining for the effect, that he tries out different moments of the day, to then later choose in his studio which photograph truly reflects what he felt when he was on that location. Each photograph is planned and rigidly organised. And you can tell by his stories that there is much more to the apparently clean photographs.

He likes to visit big cities to take photographs. Cities with millions of inhabitants. Large urban conglomerates which show that modern man lives in a different world than 100 years or so ago. By photographing in these sort of cities all over the world in different places, he can show that everybody repeats one another: globalisation. For instance, in the photographs from China, you will not find any Chinese character. It is also difficult to guess where the other apartment buildings in his photographs are, unless you read the location on the title card. For Wilschut, the metropolitan architecture symbolises the change man causes. His shots are often made around dusk or in early evening. The lamps are lit and the air colours dark. The book published with the exhibitions in Museum Boijmans Van Beuningen & MKgalerie is called Lyrical Reflections. The lyrical aspect is not only caught in the magic of that blue hour. Wilschut shows in his photographs that he is moved by the life of man around him. Whether that is in the Rotterdam port, in one of the new million cities in China, or in Johannesburg where a couple of shoes hang out of the window. 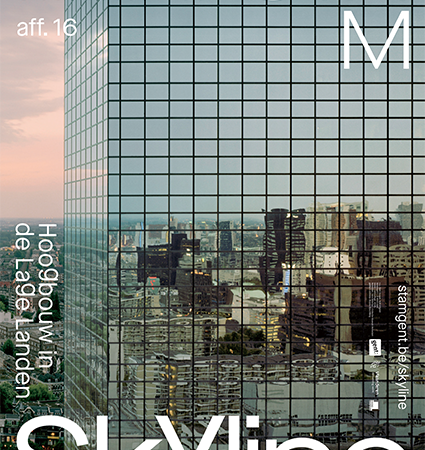 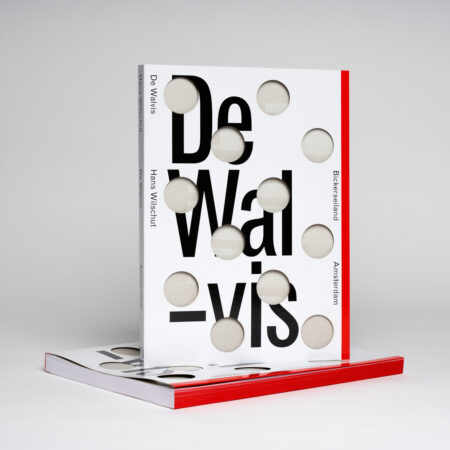 De Walvis is a visual essay over one and a half year redevelopment, recently published in book form. The book was designed by Hans Gremmen and journalist